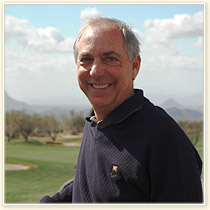 David Mehl co-founded the company with his late brother George in 1976. David graduated from the University of Arizona in 1972, and has a master’s degree from the University of Illinois. He is an active member of the Urban Land Institute and a member of the Southern Arizona Leadership Council. David also serves on the school board for the Pusch Ridge and Cornerstone Christian Academies and the board of Good News Communication. 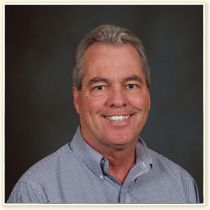 Bill Hallinan has been a part of the Cottonwood team for over 20 years. He oversees land acquisition and sales, asset management, and development projects. Bill is a graduate of the University of Arizona with a degree in civil engineering and has worked in the development of master planned communities in California and Arizona for most of his career.

Scott Hess is Chief Financial Officer of Cottonwood Properties. Prior to joining the company in July 2007, he was a partner in a Tucson public accounting firm and his career includes over 23 years in public accounting and 5 years with a publicly held corporation based in Washington, D.C. Scott graduated in 1978 from Wittenberg University, and is a member of the American Institute of Certified Public Accountants and the Arizona Society of Certified Public Accountants.

Carson was involved in development projects in Texas, California and Colorado before returning to Tucson in October 2009. He is a graduate of Pepperdine University and a licensed general contractor in Arizona. Carson oversees sales and marketing for Cottonwood Properties and is the President of Dove Mountain Homes, the general contractor of The Ritz-Carlton Residences and additional custom homes within Dove Mountain.